I am a UK-based multi-media journalist with bylines published at The Independent, Al Jazeera, Reuters and The New Internationalist amongst others. @AnuShuklaWrites 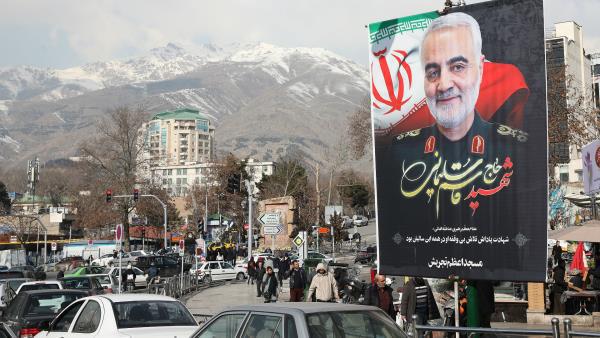 The assassination of Iranian military leader Qasem Soleimani reveals the rise of a "particularly violent form of international anarchy," says SOAS professor of Global Thought and Comparative Philosophies, Arshin Adib-Moghaddam.The author of On the Arab Revolts and the Iranian Revolution , speaks to The New Arab about the media's role in serving "political currents" and how LGBTQ+ and women's rights violations weaponised to legitimise war are a construct of the very imperialist machine that conde 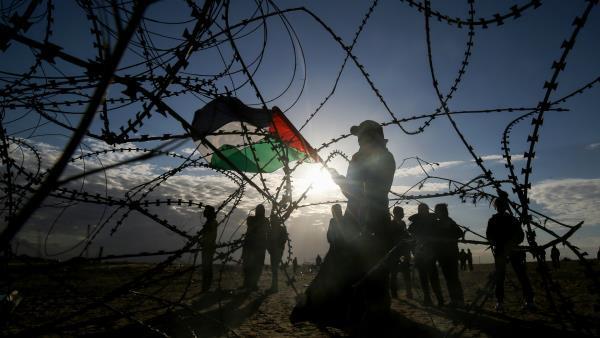 The companies, it is said, are claimed to be financing, or are directly involved in Israel's military industry, illegal settlement industry, or are involved in the production of technologies used in the surveillance of Palestinians. The FOI results, collated into a database seen by The New Arab, includes a list of "complicit" companies and the total amount that each establishment is alleged to have invested in them. It also indicates whether or not each institution has an ethical investment pol 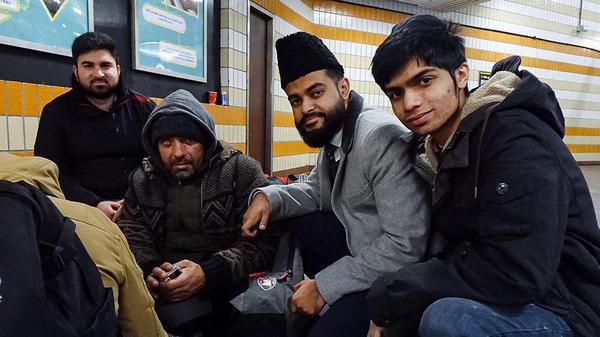 London, United Kingdom - Young Muslim leaders in the United Kingdom are attempting to deliver 10,000 meals to rough sleepers by the end of the year, and have pledged to clean the streets after New Year's Eve celebrations in a bid to start 2020 by helping the environment. Adeel Shah, 24, is among the group working with the Ahmadiyya Muslim Youth Association (AMYA), which describes itself as the UK's oldest Muslim youth organisation. He told Al Jazeera that on Wednesday, Christmas Day, the group 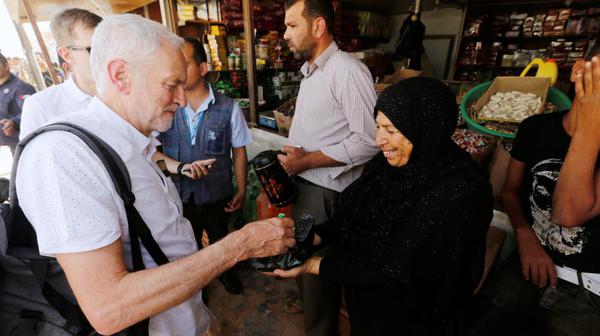 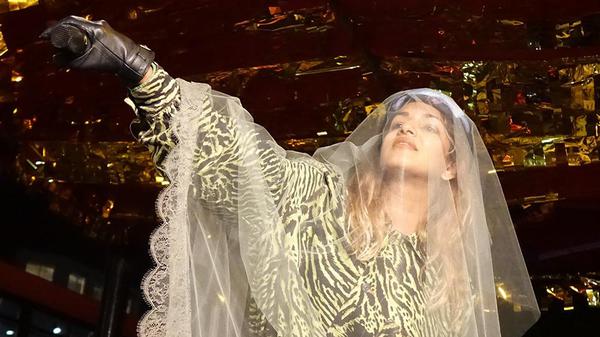 MIA on Assange: 'No one has fought for us the way he has'

London, United Kingdom - British rapper MIA has condemned the imprisonment of Julian Assange, saying the UK should appreciate the whistleblower as an asset while the US is wrong in its attempt to have him extradited. Speaking to Al Jazeera on Wednesday by phone, after a protest event on Tuesday evening held in support of the WikiLeaks founder outside the Home Office, she said: "It's incredibly frustrating. • What happens if Julian Assange is tried in the US? • Julian Assange, the Espionage Act 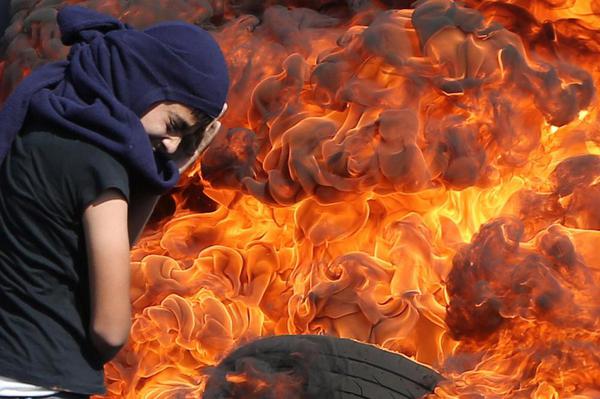 A damning new forensics report seen by The Independent has alleged an Israeli soldier's live ammunition - and not a rubber bullet as claimed by the IDF - shot a nine-year old Palestinian boy in the head on 12 July as he stood outside his friend’s house in the occupied West Bank town of Kafr Qaddum. Since 2011, regular weekly protests have taken place in the village against Israeli occupation, land confiscations and the military’s closure of an access road from the village to nearby city Nablus. 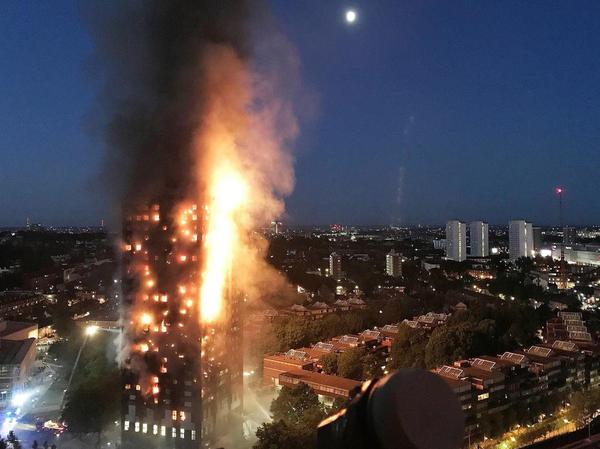 Fewer people may have died in Grenfell Tower if the London Fire Brigade had not stuck so rigidly to its "stay put" policy and evacuated people instead, a public inquiry into the blaze that killed 72 people has concluded. In a document spanning around 1,000 pages, Sir Martin Moore-Bick said there were "serious shortcomings" and "systemic" failures in its response to the fire. In a damning indictment of both the construction of the block and the authorities involved in the response, the report a 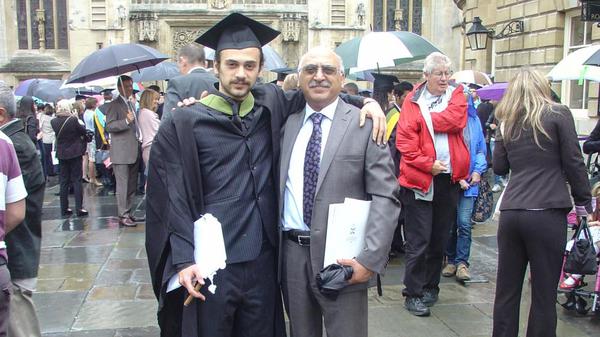 Son of jailed British-Iranian: 'My dad's never been political'

London, United Kingdom - The son of a British-Iranian businessman jailed in Tehran has called on the government of the United Kingdom to take action to secure his father's release, saying he had "never been political". Anoosheh Ashoori, a 65-year-old retired engineer, was arrested in August 2017 while visiting his mother in Tehran, the Iranian capital. He was bundled into a car and later interrogated, his 29-year-old son Aryan Ashoori, an academic researcher, told Al Jazeera in an exclusive in 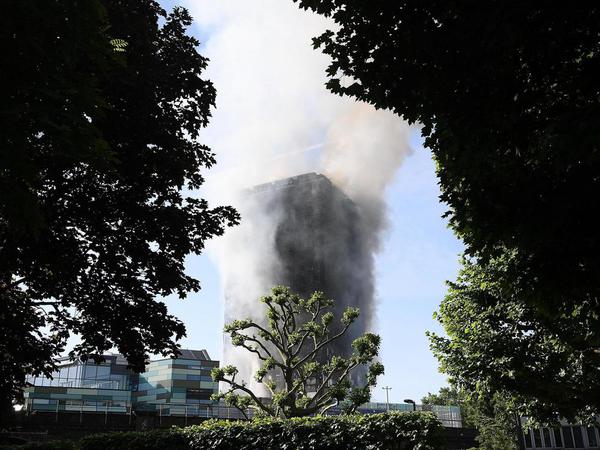 A scheme to decide the awarding of funds to projects benefiting local residents affected by the Grenfell Tower disaster has provoked fury among residents and politicians, who accused it of pitting members of the community against each other in a “game show-style” process. Kensington and Chelsea council has invited North Kensington individuals and organisations to apply for grants from a £600,000 Grenfell Projects Fund, part of its recovery strategy in the wake of the 2017 fire that killed 72 pe

Brexit Goes to the Proms

If there was a litmus test to prove the polarization that Brexit has caused, then the Proms was the place to witness it. “Thug-like” verbal aggression and the unceremonious snapping of an EU flag — this, according to campaigners, was one of several reactions from a small, unrepresentative number of Brexiteers offered EU flags to fly ahead of the Proms, at London’s Royal Albert Hall, on September 14. It was not, however, the response of 45,000 others who gladly accepted them in London, Cardiff, 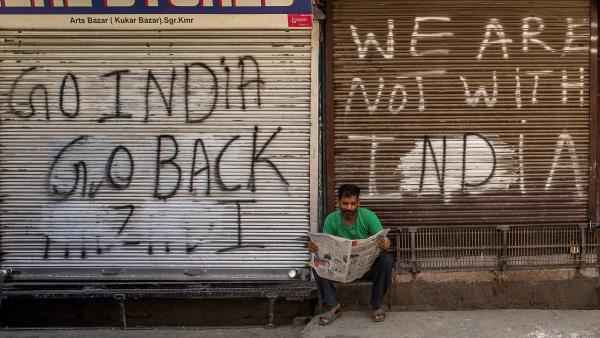 'Everyone is under watch': Kashmir faces media blackout amid Indian government crackdown

The impact of the "crackdown" on local press was reported in a recent study by the Network of Women in Media, India (NWMI). Entitled News Behind the Barbed Wire: Kashmir's Information Blockade, the study claims the media is working "in the shadow of security forces in one of the most highly militarised zones of the world". It states "high surveillance" has led to journalists getting arrested, interrogated and restricted from travelling into certain areas, including to hospitals to report on ca 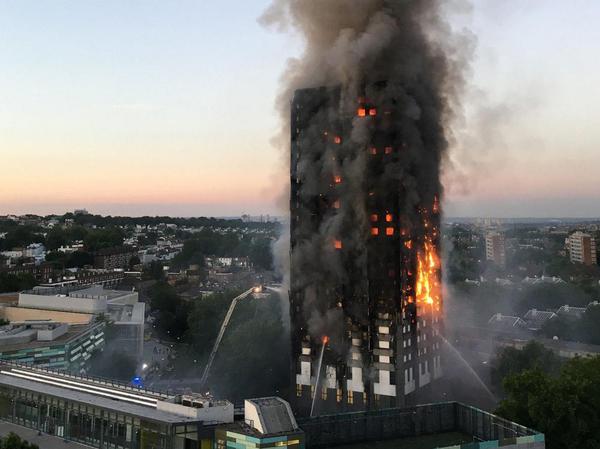 Theresa May and David Cameron should be called before the inquiry into the Grenfell disaster to account for missed opportunities to prevent it, councillors are demanding. Labour councillors in Kensington and Chelsea made the call as part of a double-pronged move aiming to hold central and local governments to account for their “action or inaction” before and after the inferno that killed 72 people in June 2017. Pat Mason, leader of the Labour group on the Royal Borough of Kensington and Chelse

At the Notting Hill Carnival in London, Anu Shukla reports on the state of community relations in the aftermath of the Grenfell Tower fire of 2017. It’s a sunny Saturday afternoon in Ladbroke Grove, West London. The Grenfell community has been preparing to welcome over a million people to the Notting Hill Carnival on August 25-26. I am sitting with Grenfell community leader and musician Niles Hailstones in a cafe across the street from Acklam Village where he opened Bay 56. It’s an occupied spa 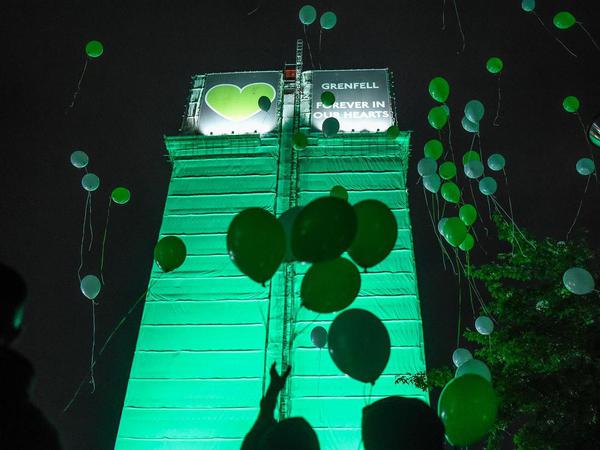 Kensington and Chelsea Council has voted to scrap a committee tasked with scrutinising the authority’s response to the Grenfell Tower fire, prompting angry protests outside the Town Hall on Wednesday evening before the decision was passed. Meetings about the aftermath of the disaster that killed 72 people in June 2017 will now take place in north Kensington, instead of at the Town Hall itself, and involve a “wider remit” with great involvement of residents. Council leaders said the move was de 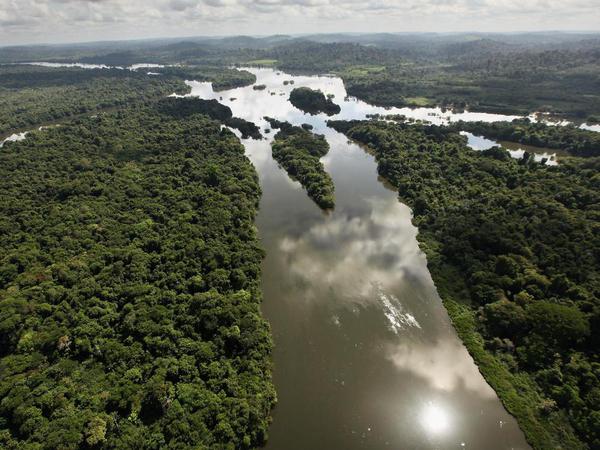 Are ethical investors funding the destruction of Brazilian forests?

Ethical investors in the world’s largest producer of eucalyptus pulp may think they are helping the environment, but critics say their funding is doing the opposite or, at best, its green impact is negligible. The claims concern Fibria, a Brazilian firm that raised $700m (£560m) in 2017 through a sale of self-labelled green bonds. Earlier this year, Fibria merged with Suzano Papel e Celullose, the supplier of pulp for brands such as Andrex and Kleenex. The allegations by environmentalists cent

Thousands to boycott Airbnb over listings in occupied West Bank

Almost 20,000 people have pledged to deactivate their Airbnb accounts for a global campaign protesting the company's decision to re-introduce property listings in Israeli West Bank settlements, considered illegal under international law. The #DeactivateAirbnb action is timed to coincide with Nakba Day on Wednesday or what is known as "the catastrophe," which led to the exodus of several hundred thousand Palestinians after the declaration of the State of Israel on 15 May 1948. Airbnb announced 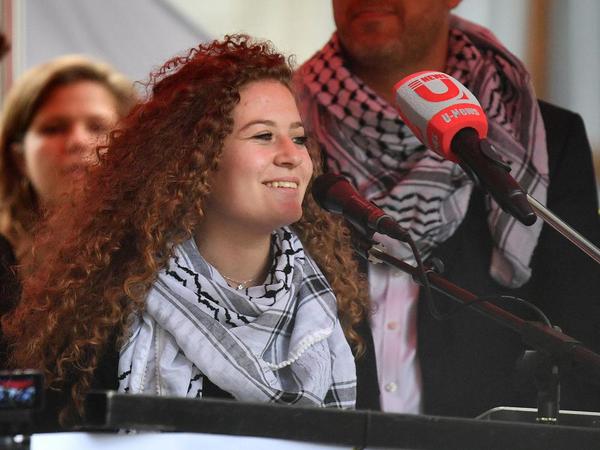 Thousands of people marched in central London to demand a right to determination for the Palestinian people and called for Israel to be held accountable for violations of international law. The National Demonstration for Palestine followed a week-long exchange of air raids and rockets that killed at least 25 Palestinians and four Israelis. Protesters gathered at Portland Place and marched to Whitehall, where several speakers – including dub poet Benjamin Zephaniah, the rapper Lowkey, political 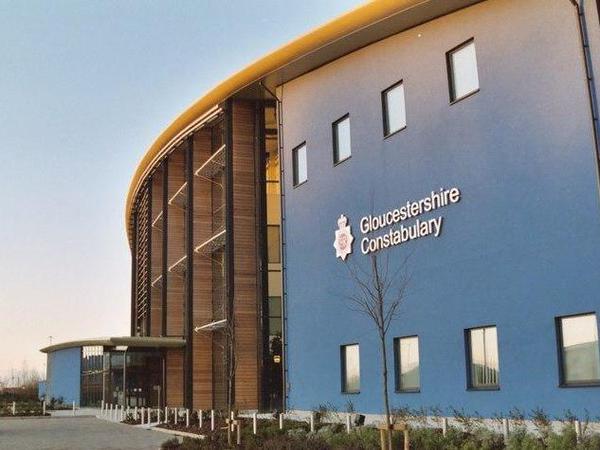 A police force has condemned people for making racist comments about offenders and assumptions about their backgrounds on its Facebook page. “The colour of someone’s skin or a name that’s not ‘traditional’ is usually a trigger for these assumptions,” Gloucestershire Constabulary wrote. “Despite commenters not knowing the citizenship of offenders or whether or not they have spent all, most or even just a small part of their lives living in the UK, we often get told to ‘deport them’”. It added t 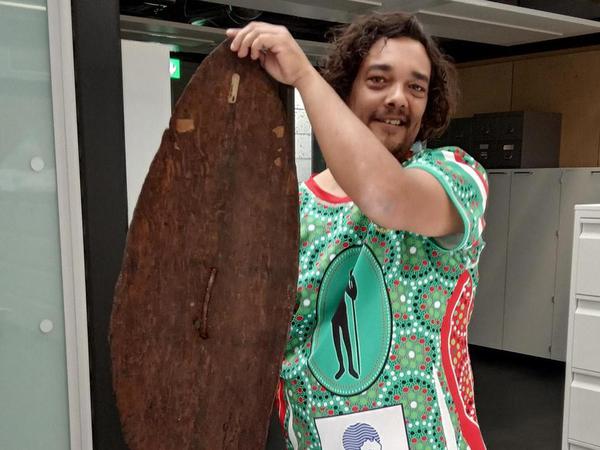 An Aboriginal man demanding the return of an ancestral shield seized by James Cook in 1770 has become the first living member of his clan to hold it after being invited to a private viewing by the British Museum. Rodney Kelly is the sixth generational descendent of a warrior called Cooman of the Gweagal clan’s Dharawal tribe. According to historical documents, the shield was taken by Cook and his marines after Cooman was shot in the leg when the British arrived at Botany Bay, Australia on 29 A 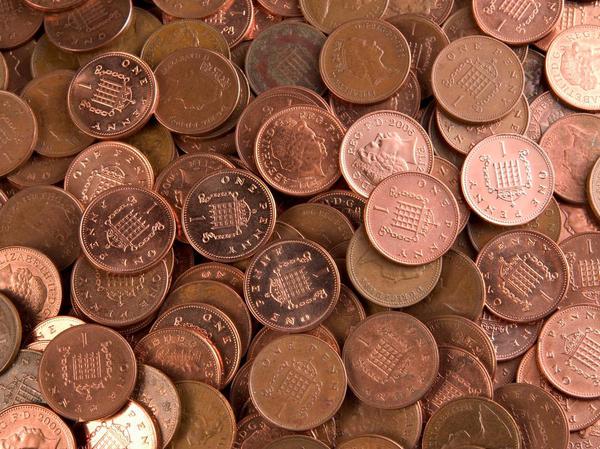 Chancellor to anounce fate of 1p and 2p coins this week

Chancellor Philip Hammond is to rule on the fate of 1p and 2p coins later this week, a year after the Treasury’s spring statement announced they could be phased out and he called them "obsolete." The Treasury has declined to comment on whether or not the coins will stay but said "the result of the review will be announced shortly." Further information about the decision was confirmed to the Daily Mail by a government source who said: “We will confirm the penny coin won’t be scrapped. You’ll st
Load More Articles
Close ✕

Thank you for subscribing!

You will receive an email (at most once a week) with any new articles.

You can unsubscribe anytime with a link in the footer of the email.